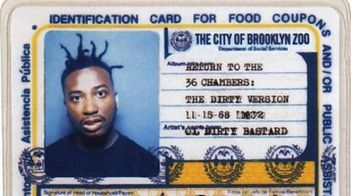 Hip hop is know for its flamboyant figureheads and its controversial history with law. With the shocking news of Psychopathic Records recently getting hit with a lawsuit for sexual harrasment and discrimination I decided to look a little deeper into the controversial world of rap music and the craziness that surrounds it. Below is a collection of the most shocking moments. Keep an eye out for the Top Five Shocking Moments in Rock Music coming soon...(BTW I omitted the 2pac and Biggie deaths as they were very shocking moments but have been covered so much already)

In the late 80s and early 90s 2 Live Crew were one of the biggest and most controversial rap acts on the planet. Their sexual lyrics had already gained them worldwide notoriety but at a 1994 show the crew went too far when an allegedly under-age boy received oral sex onstage by another fan in front of 5,000 people.

4. Gucci Mane gets an ice cream cone tattoo on his face

In 2011 just days after he was released from an mental institution Atlanta rapper Gucci Mane shocked fans by getting a large 3-scoop ice cream cone tattooed on his face along with the word 'Brrr'. He has given no legitimate reason for the significance of the tat but it has been rumoured it was a stunt to help him plead insanity to a number of pending legal charges.

In June of 2004 DMX suffered a bout of road rage after someone would not let him pass despite the flashing blue light he had attached to the top of his car . When he approached the defiant motorist in question he was immediately recognized as Rap superstar DMX and not the Agent he was claiming to be. When the police arrived DMX managed to impressively rack up the following charges; attempted robbery, criminal mischief, menacing, DUI, endangering the welfare of a child, criminal possession of a weapon, being found with a banned substance (crack cocaine) and impersonating an officer of the law.

It was too hard to think of just one outrageous moment in the illustrious career of the late great Wu Tang member. In 2012, his FBI file was released to the public and contains details of numerous crimes, such as alleged connections to three murders, a shoot out with the NYPD, He has escaped from rehab and even made a brief drunken appearance onstage at a Wu Tang Clan show whilst on the run from the law. He was arrested for shoplifting a $50 pair of trainers when he was carrying $500 on him at the time. He even once infamously claimed benefits he wasn't entitled to whilst being filmed for a documentary. Not to mentioned his numerous drug influenced interviews and his infamous barefooted spontaneous freestyle that was caught on camera in the streets of New York. He notoriously crashed the stage at the 1998 Grammy's protesting a Puff Daddy win claiming Wu Tang should have won and that 'Wu Tang is for the children' RIP ODB, your outrageous presence in hip hop is sorely missed.

After a heavy PCP Binge Texas Rapper Big Lurch was found by police completely naked in the streets covered in blood and screaming to the sky. It was later discovered that during the binge he had brutally murdered a female friend and gone on to eat several body parts. He claims not to remember anything about the night but is currently serving a lifetime prison sentence. Truly the most shocking moment in hip hop history. Remember kids: drugs are bad .
Written by Matt Watkins
published 21/09/2013
HOME
Comment Box is loading comments...
Powered by