A great film you have probably never seen

Week 5: Some guy who kills people 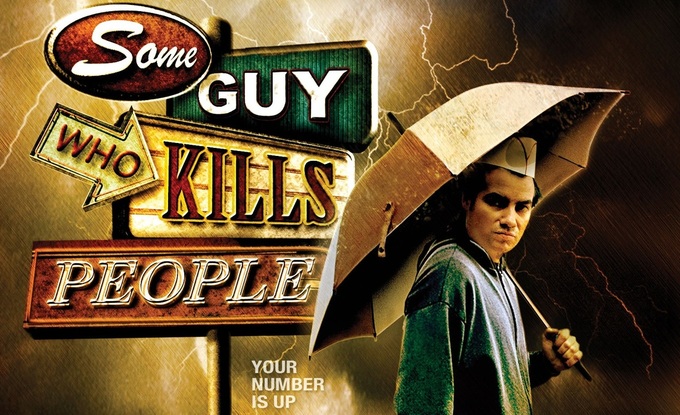 Kevin Corrigan plays Ken, a socially incompetent loner who was recently released from a mental hospital. He is given a chance to make a life for himself working in an ice cream parlour alongside his high school pal Irv. However, since Ken's release from the psychiatric unit, his old tormentors from high school keep turning up brutally murdered leading the town's sheriff on a cat and mouse chase for the perpetrator of these horrific crimes.

The first act plays out like a standard slasher thriller/horror about a misfit exacting revenge on the ones that ruined his childhood. It wastes no time in getting to the nitty gritty. Within the first quarter of an hour we have already witnessed two brutal and gleefully gory murders. There's still plenty of humour mainly coming in the form of some amusing sight gags and the hilarious repartee between the straight talking town sheriff and his bumbling assistant.

The 2nd act keeps with the revenge thriller idea but it is put in the background while we suddenly get hit with some heart! Ken discovers he has a daughter with whom he tries to build a relationship and quirky Brit Stephanie (played by Lucy Davis) is thrown into the picture as Ken's love interest. The focus of the story shifts from the misfit's revenge to the misfit's attempt to find love and fit in with society.

The third act focuses mainly on the investigation regarding the mysterious murders that have been ongoing throughout the film. There are a ton of curveballs, red herrings and twists that cause the viewers to question everything they previously assumed was fact. Despite all the madness, ups and downs and brutal murders the film still somehow manages to work it's way through to a satisfactory ending that will not leave you disappointed.

It's the almost perfect casting that really makes this film shine. Every actor, no matter how big a part they play. excels in their role: From'Kevin Corrigan's creepy yet amiable portrayal of the lead protagonist 'Ken' to smaller roles such as Karen Black as Ken's long suffering mother Ruth.  Another great thing  about 'Some Guy who Kills People' is how it manages to turn genre conventions on their head and find humour in places not normally associated with humour and heart and romance in people and situations you would not associate with heart and romance.

The film is primarily a black comedy but with enough gore and tension to keep fans of horror content and enough romance and lightheartedness to keep the rom-com fans happy. That's not to say it's soppy. In fact there is never a dull moment. The way it seamlessly blends said genres without ever losing focus or becoming over complicated or muddled is, for me, what makes this a great film.