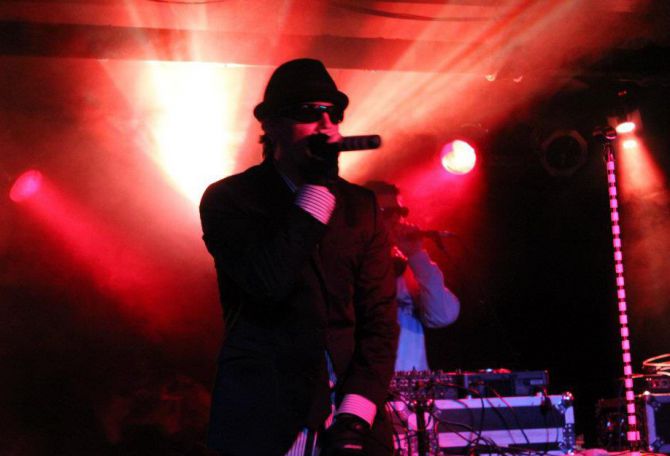 Starting out as a roadie for Shootyz Groove when they were touring with the likes of 311, Fishbone and Kottonmouth Kings, MenacE has come along way. Now one of the most entertaining MCs out of New York he is definitely someone to look out for. His 'Blood of the Wicked' track was recently selected personally by Snoop Dogg to be featured on his 'Underground Heat' Youtube show and has had an overwhelming response from the viewers and eventually got voted to the number one spot!
His début album Too Hip for the Room manages to seamlessly flow through genres and subject matter without ever loosing direction. The upbeat reggae vibes of 'Middle Class Life' sees MenacE rapping (and singing) about being “not quite broke and not quite rich” which makes a refreshing change from the two extremes of severe poverty or ridiculous wealth so often found in contemporary rap music.
Whether singing about accidentally smoking laced joints (Laced it) or showing off his flawless rapid-fire flow on the slightly darker 'Blood of the Wicked' MenacE never takes himself too seriously making for a thoroughly entertaining record from start to finish. This fun vibe is solidified by a guest appearance from iconic comedians The Jerky Boys.

Overall I think this is just the beginning for MenacE, so definitely keep your eye on this guy and expect big things in the future.