I caught up with OG underground legend, NATAS member and 'Acid Rap' pioneer: MASTAMIND and conducted this cool and informative interview with him to give you guys a little taste of what's in store for you and get inside the mind of the legend. 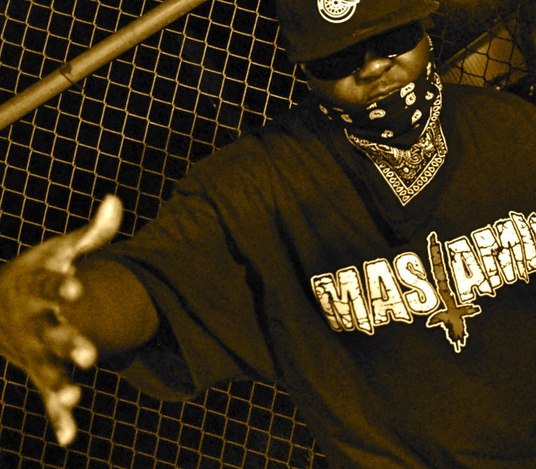 Hey, thanks a lot for taking the time to do this interview. For those people out there who might not be familiar with Mastamind do you want to give a brief overview of what it is you are about?

As the Mastamind 'of Rhymes', I am all about the music, the words, the feel of a record.
As a member of Natas, I have helped Esham pioneer this form of rap music we call Acid Rap- The Wicket Shit.

This year you re-released ‘Lickkuidrano’ what inspired you to re-release this and how does the re-release differ from the original?

The rights to Lickkuiddrano were sold to Golden Glair records, then they came to me about making it a full album. It was actually completed in 2007. It has the original six songs plus six new tracks and some remixes from the Hellrazer album. Just glad the fans finally get to hear it.

You are also about to drop a brand new solo album ‘The Ultimate Price’ what is the reasoning behind that title?

The Ultimate Price is all about what people would do for success and the finer things in life. Just asking the simple question, what's YOUR price?

How would you say this album differs from your earlier work?

This album is much more insightful, intense, polished. I hope the people can hear the hunger and the pain. When I was 22 years-old spitting the wicket shit, I barely knew what life was about, didn't know how to dig deep enough in my soul as an artist. The Ultimate Price is the album I wish I could have made from the start.

Are there any guest collaborators on this album?

Nobody's on my album but Skitzo. All I need is real people with me, doing great work. I reached out to a few artists, but they showed no love, fuck 'em. Full speed ahead.

If you could work with anyone in the world no matter how big who would it be and why?

I would work with Rakim, the god mc. My main inspiration for doing rap music.

You have been in the rap game for 20 odd years now, how would you say the industry and business has changed since when you first started and how have you evolved as an artist over those 20 years?

The rap game went from cassettes, to cds, to mp3s. It went from brick and mortar record stores to amazon and itunes. I knew I would have longevity, and proud to have sold records through all the changes. I have evolved into an artist who knows how to step outside of himself and see the game through the fans' eyes in order to give 'em the same good music as we did from day one.

You have played at the gathering of the Juggalos a few times now. How has that been for you? Is it really as crazy as everyone makes out?

I've played the Gathering four years in a row. It's a blast! Picture your favorite rapper walking around a park mingling, drinking, smoking with the people, then heads to the stage to kill it. Good times.

Is there any chance of you coming over to rock some shows in the UK?

I can't fuckin' wait to hit the UK. I've always said our music is wicketworldwide. Meaning universal. Coming to the UK is a must.
Do you have any interest in music outside of the hip hop world and has any of it had an impact on your musical output?

I listen to all music. Old school R&B is what I was raised off of. I think it actually gave me my coolness, lol. A lot of rock gave me the hardcore edge. Reggae gives me a deep feeling to expand my creativity. I'm easily inspired by good music.

A lot of your music has been really dark with horror themes and influences are you a fan of horror movies and what is your favourite?

I Came up on horror flicks. They are the only kind of movies that really taps into your imagination. I really don't have a favorite, just the usuals, Jason, Micheal Myers, Pinhead, ya know.

If there was a Royal Rumble showdown between Michael Myers, Jason Vorhees, Freddy Krueger, Ghostface (from Scream), Leatherface, Chucky, Pinhead and Hannibal Lector who do you think would win and how would it finish?

In a Royal Rumble, some twould say Jason would win because of his brutality. Some would say Leatherface because he has a chainsaw. But Pinhead would send 'em all to hell lol.

If you could take a ride in Doc Brown’s DeLorean and go back to any moment in time where would you go?

I would go back to 1992, when the first Natas album, Life After Death dropped. Would love to do it all again.

Is there any plans for new NATAS album?

We are currently working on a Natas album. The wicket shit will never die.

I will finish with some multiple choice questions:

Basketball, baseball is too slow

Limp Bizkit, but love the harmonies from Linkin Park

Night, when the freaks come out

Steak, well done, no pink, mushrooms and onions on top.

Thanks again for your time, is there anything else you would like to add?

Be on the lookout for the Ultimate Price digital ep. Stay tuned to Toxsic.com for the latest info