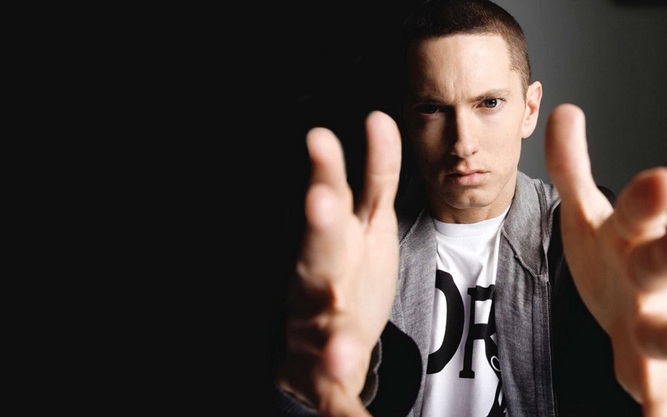 Eminem has finally revealed the tracklisting and guest collaborations for his forthcoming album the 'Marshall Mathers LP2' due to be released on Nov 5. The album title, a reference to his seminal album the 'Marshall Mathers LP', suggested a possibility of a return to the old style Eminem that was prevalent on his first 2 major label albums. If the guest spots are anything to go by, however, it may have just been wishful thinking.

Skylar Grey, I can kind of get past as she has done some fairly decent hooks on other raps songs such as Dr Dre and Eminem's 'I need a Doctor' and Fort Minor's 'Where'd you go'.

Kendrick Lemar is also forgivable as, despite being the current trendy guest spot rapper, there's no denying that the dude does have some skill which he has shown on his recent collab with Tech N9ne on 'Fragile' and who can forget his game changing and controversial bars on 'Control'.

It's the appearances from popstar Rhianna and boy band singer Nate Reuss (of FUN) that show us that Eminem has definitely changed in his approach to music. These are the very kinds of people that in his earlier career he would show a strong disdain towards. We all remember him singing 'Boy/Girl groups make me sick' in 'Marshall Mathers' so one can not be blamed for seeing the blatant hypocrisy in him now performing with the very people he claimed 'made him sick' a decade or so ago. I understand the argument that he has matured. He is no longer 'Slim Shady' and changed his content for a number of reasons (coming off drugs, fear of becoming stagnant and repetitive' etc.)  but I think  to entitle the album the 'Marshall Mathers LP2' is misleading to fans of his old stuff, like myself, who are longing for a return to the classic Eminem that won us over all those years ago. 'The Recovery Part2' would probably be a more apt title. MMLP2 seems to be a representation of the new Marshall Mathers which I suppose is fair enough (just perhaps not for me)

Having said all that, the album has not yet dropped and it would be foolish to write off an entire album based on a few guest appearances. His last Beastie Boys influenced single 'Bezerk', although sounding very un-emienim and a bit disjointed, seemed to be a step in the right direction. I suppose only time will tell.

Without further ado, I present the Marshall Mathers LP2 tracklisitng. (Please leave your opinions in the comments section below)