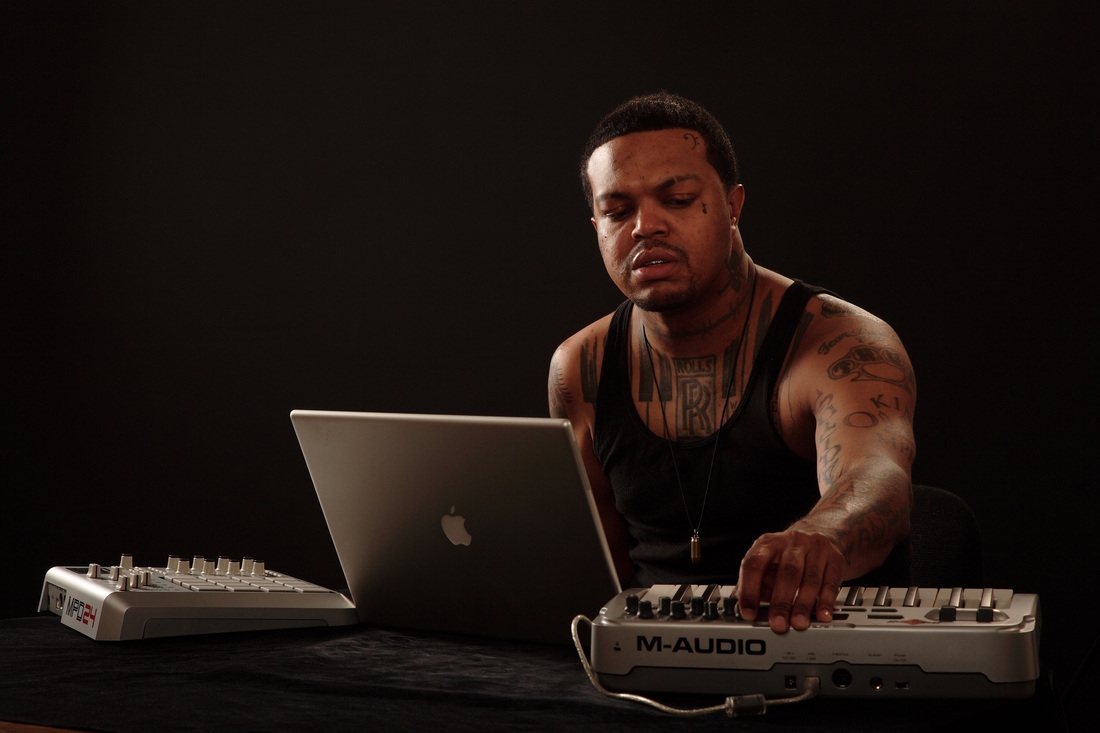 DJ Paul with the Thre 6 Mafia has sold out shows worldwide, sold over 5 million records and even made hip hop history by being the first ever rap act to win an academy award. Last year the group reunited under the name Da Mafia 6iX and dropped the hugely succesful Mixtape '6iX Commandments' I was fortunate enough to grab a few minutes with DJ Paul and chop it up with the man himself .
Not too long ago you reunited with all the original Three Six Mafia members (minus Juicy J) and released the mixtape '6iX Commandments' under the new name of Da Mafia 6iX. How has the response to that release been?

What can we expect then from the next album, which is due out this year right?

Yeah the album gonna come out some time this year around mid-fall. It's coming out in the fall! We don't have a name yet, we still working on it. But its gonna be crazy! it's gonna be hard like the mixtape - but even harder! You know what I'm saying, we trying to make this the hardest shit ever!

Will Juicy J be on it?

Have you got any other guest features lined up?

Nah, I ain't got that far yet.

You're on a pretty extensive tour of the U.S at the moment. What was it like performing together as a group again after all those years?

It's good man, It's fun man, we've been having a lot of fun but it's hard work too, we got a different concert every single night  so you know it#s crazy...it's fun though!

Yeah yeah! It just clicked like the old days.

Is there any plans to come over and do some shows here in the UK?

Yeah man we definitely wanna get over there, you know what I'm saying. Just gotta get the rest of the group and their passports together then we will make our way over there.

Yeah man, there's definitely a big fanbase over here, I know a lot of people that would love to see you come over.

Yeah? What city are you at?

Ah yeah man, we really need to get to London!
I also just heard that you have been announced to play at this years Gathering of the Juggalos which is pretty cool. You've played there before but what about the others in the group?

What is it like at the 'Gathering' I've heard a lot of crazy things about it there?

Ah man, it's crazy as hell! They throw shit at you and you throw shit back at them and they like it.

Yeah I seen the videos

(Laughs) I saw a guy in the crowd with a flamethrower! I was like 'Holy Shit'.  Shit was firing out , I was like 'Lord have mercy'

Wow, So have you got any plans to work with (Gathering of the Juggalo creators) the Insane Clown Posse again?

Yeah we're gonna do an album with ICP,  Mafia 6ix and ICP.

No way?!  A whole album together?

Cool, I look forward to that. If you could work with any artist in the world who would it be and why?

I would want to do something with Ozzy Osbourne!

Ozzy Osboune with Dj Paul and Da Mafia 6. That would be good.

Yeah, I like Ozzy, man. Big Fan.
You've been in the music industry quite a long time, how would you say the game has changed since you first came out?

Are there any current rappers at the moment who you are feeling?

Current rapper I like at the moment is 2 Chainz, that's my favourite. That's about it.

Ha Ha, There you go, not that long a list but that song with you did with Yelawolf, that was cool.

Oh yeah, I like Yelawolf too, my fault. I love Yelawolf, I love 2Chainz and I like Wocka Flocka. There's a couple of them out there I like I just can't think of all the names of them.

Well that brings us to the end of the interview, thank you very much for your time,is there anything else you would like to add?

Thank you very much, and good luck with the shows, I know you got a lot coming up.

Thank you man and hopefully we will see you in London soon!